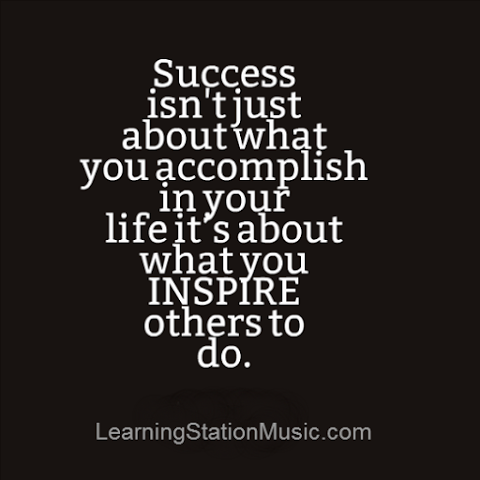 One of the best instruments to inspire / influence others positively is your ears and deeds, not only your tongue.

How do you define success?

How do you define success? Do you define success in terms of material possession, or the amount of money a person has in bank accounts, or the financial net worth of a person? Even though these may matter to some people, I do not find riches an equivalent of success.
During a half-day private study session – on Saturday, 23rd November, 2013 – I stumbled on a definition of success written over a hundred years ago (in 1904), by Bessie Anderson Stanley in Brown Book Magazine. It read:
“He has achieved success who has lived well, laughed often and loved much; who has enjoyed the trust of pure women, the respect of intelligent men and the love of little children, who has filled his niche and accomplished his task; who has left the world better than he found it, whether by an improved poppy, a perfect poem, or a rescued soul; who has never lacked appreciation of earth’s beauty or failed to express it, who has always looked for the best in others and given them the best he had, whose life was an inspiration, whose memory a benediction.”
Success – just like wealth – is a product of how influential you have been in making the world a better place, in making a difference in the lives of those around us. Whether you live a hundred years – or less – if your life doesn’t influence others positively, you have only occupied space.
Change your perspective in defining success, and work towards being truly successful!
I’ll define success in leadership, as leading through happiness, while solving problems. How do you define success?
Much love!
Damola
……………
Aanu Damola Morenikeji is considered Africa’s youngest youth intellectual and leadership development advocate. A sought-after speaker on the theme of leadership and personal growth, he is a Fellow of the M121 Social Leadership Academy, U.S.A and Team Leader of All for Development Foundation [ADM-Foundation], a non-governmental organisation focused on building young people and promoting educational, leadership and youth development. He blogs at www.admnigeria.blogspot.com. 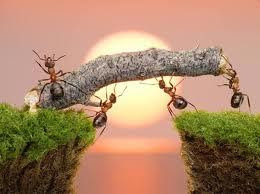 
Second, ants think winter all summer. That’s an important perspective. You can’t be so naive as to think summer will last forever. So ants gather their winter food in the middle of summer. 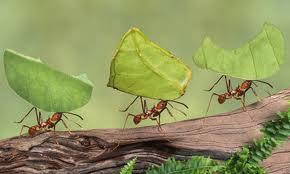 The third part of the ant philosophy is that ants think summer all winter. That is so important. During the winter, ants remind themselves, “This won’t last long; we’ll soon be out of here.” And the first warm day, the ants are out. If it turns cold again, they’ll dive back down, but then they come out the first warm day. They can’t wait to get out.


And here’s the last part of the ant philosophy. How much will an ant gather during the summer to prepare for the winter? All he possibly can. What an incredible philosophy, the “all-you-possibly-can” philosophy.

Wow, what a great philosophy to have—the ant philosophy. Never give up, look ahead, stay positive and do all you can.