Today, on International Women Day (#IWD2014), I celebrate ‘every’ woman who believes in, and recognizes the wisdom, beauty, strength and identity she possesses; every woman who upholds the values entrenched in love and empathy, every woman who sticks to speaking the truth and doing what is right  – even when it is difficult. 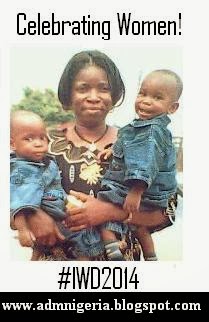 Fresh air of glamour eloped from the giant air conditioning system of the Valley View Auditorium, Oke-Igbehin, as Master Aanu Damola Morenikeji was called upon to receive one of the most special and encouraging award of the day which is THE MOST OUTSTANDING SECONDARY SCHOOL STUDENT AWARD. Piquancy was added to the occasion when it was announced that he is the child author of Spare the Rod and Spoil the Child, a book he wrote in year 2002 – while he was transiting from Primary School to Secondary School – at the age of Nine (9) years, thereby making him the youngest author in the State.

The 16 year old alumnus of Comprehensive High School, who is the youngest awardee of the day, born February 24th 1993 to the family of Mr. & Mrs. B.A. Morenikeji started his Primary School education in 1995 at Sakis Memorial Nursery / Primary School, after which in 1999, he was admitted into Paragon International Nursery / Primary School, Obantoko, Abeokuta, where he read Primary one (First term only), Primary two, Primary three and Primary five (since he enjoyed double promotion from Primary three to Primary five). In year 2002, he proceeded to Paragon International College, Oke Aregba, Abeokuta and later to Comprehensive High School,
Ayetoro where he was made the Social Prefect. While in school, he is always at the forefront of representing his school at various competitions. Though a Science student, he loves creativity and child development activities.

During an intensive interview with the child author, it was deduced that his flair for creative writing was noticed during his primary school days and therefore in year 2002, during the long vacation, his Daddy – Mr. Morenikeji B.A. challenged him to write a book before the end of the holiday. Fortunately, this challenge gave birth to his juvenilia titled Spare the Rod and Spoil the Child. In addition, the challenge, which since then sprouts other unpublished fruits annually has produced The Glorious Child in the year 2003, No other chance in the year 2004, The So Called Police in year 2005, A Stroll to the Animal Kingdom in year 2006 and The Evil that Money Do in the year 2007. In all, Damola had written six (6) books. Interestingly, his first book Spare the rod and Spoil the child had its foreword written by renown educationists; Dr. E.O. Filani (Provost, Federal College of Education, Abeokuta, Ogun State) and Dr. Holumidey Lawrence (Director of Education, Paragon International Group of Schools, Abeokuta, Ogun State) was launched in March 2007 at the Cinema Hall of Gateway Hotel, Abeokuta, thereby cutting his first tooth as a creative writer.

Remarkably, Morenikeji Damola Aanu, who is recently proclaimed GATEWAY FUTURE GIANT by the Ogun State Teaching Service Commission (See TESCOM NEWS – latest edition), was on Sunday, 19th August, 2007, shot-listed and awarded Artiste of the year (2nd runner up) by the Ogun State government during the prestigious 2006 Ogun State awards of excellence. Also, on Thursday, 11th June 2009, he received an OUTSTANDING AWARD by the Student Representative Council, Federal College of Education, Abeokuta for his achievements in creative writing and creativity in general at such a tender age.

He (Damola) is a registered member of the Association of Nigerian Authors (ANA), and had represented ANA Ogun State Chapter at International conventions, and the youngest at all conventions attended, where the likes of Dr. Gabriel Okara (the oldest poet in Nigeria), Dr. Jerry Agada (former minister of states for education who is now the National President of ANA), Hon. Wale Okediran, Prof. Kole Omotoso, Odia Ofeimun, Mr. B.L. Wikina (Dean, School of Arts and Social Science, Federal College of Education, Abeokuta), Mrs. Tope Olaifa (Chairperson, ANA Ogun) and other art guru were present. He is also a member of the Nigerian Red Cross Society, and presently the Deputy Coordinator of the Ogun State Youth Wing.


He is the initiator of Teen writer club, a club aimed at discovering and developing young talents in creative writing in our secondary school, which he started in Comprehensive High School, Ayetoro in year 2007 and had began to yield positive results part of which produced Lawal Mistura Ojuolape (17 year old author of The wicked step mother and other story) in year 2008 and Adeosun Tosin (18 year author of Peace at last) in year 2009.


Due to his love for children intellectual development activities, he is floating a magazine called TEEN’S PATHFINDER. The magazine which apart from its major aims is expected to awaken the reading culture in the youths. The magazine is also aimed at serving as medium for educative information to be provided free of charge to the less privilege children and Nigerian youths in our secondary schools so as to inculcate the habit of reading and creativity in them. It will also serve as a medium of encouraging other children writers to forge ahead in the world of creativity by making their educational contributions published. The magazine, according to him (Damola) is to be distributed free of charge. Astonishingly, at present, he is still seeking for sponsorship of the magazine which when published will make the youths better people and in turn make Nigeria a greater nation.


When the awardee was asked about what he was doing at present, he stated, without hesitation that ‘in realizing my zealous goal to make a change in my generation, and considering the words of Artemus Ward which says that ‘no man has the right to be a literary man unless he knows how to spell’, I observed that most students do not know how to spell words comprehensively not alone using them in correct sentences’. As his little contribution towards putting a halt to this social and educational challenge, the most outstanding secondary school student in Ogun State organized the first spelling competition in Ogun State (if not in Nigeria) tagged SPELLING GIANT COMPETITION. ‘I organized the first edition of the competition on Wednesday, 16th December, 2009, although it was solely sponsored and rigorous, but I thank God it was a success. I am working towards a more elaborate and fascinating Second edition of the competition, proposed for the month of March’. The first edition which produced Seun Koshoedo – Olusegun of UNAAB International School, Alabata, Abeokuta, as the Spelling Giant took place at Music Reciatal Hall, Federal College of Education, Abeokuta. ‘My dream for the competition is to make it rise above challenges an grow till it gets to the National level, involving all states’ he concluded.


When asked how he felt when he was receiving the award, Damola responded by saying ‘I felt extremely excited and honored, and I thank God for opening my book of remembrance’. Talking to his generation, he advised that ‘we should stay focused, since everyone is born with divine gifts, the next step is for us to discover and develop it. I would also want to implore my colleagues to make judicious use of time, and by God’s grace, the sky is our starting point’.


‘On the final note, I thank God for perfecting his will upon my life, I also send my indepth gratitude to the Chairman, Staffs and members of the Ogun State Teaching Service Commission for counting me worthy of the award bestowed upon me. I also appreciate my lovely parents, members of the Association of Nigerian Authors, my fellow first aiders, I mean members of the Nigerian Red Cross Society, my well wishers, and everyone who believed in me. I promise to keep the flag of creativity flying in my beloved country – Nigeria’.

Appreciating God for providing Nigeria with such gifted child, Dr. Holumidey Lawrence (Proprietor, Paragon International Group of Schools) affirmed to Damola that ‘I cannot but continue to thank God for your life and your type of parents, Congratulations my boy …’.
Congratulations Damola, eternity, not the sky is your limit. 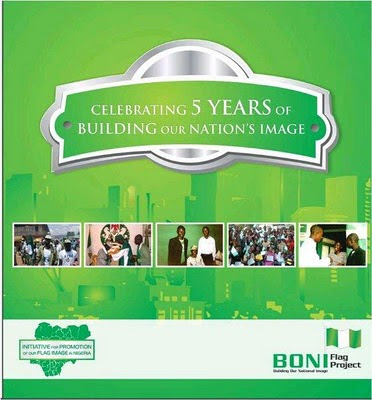