Skip to the content
This week, during the online phase of the Studership 2.0 Leadership Programme, we took a different approach to our discuss, as some  top myths conceived and transmitted – over time – about leadership were shared and discussed.

As we grow, we had been exposed to several erroneous definition and attribute of leadership and concepts around the field. These opinions have, overtime, affected our views of, and action towards growth, effectiveness, efficiency and making positive change.
Some common myths about leadership we shared include the following;
1. Leadership is a rare skill.
Leadership is considered by some to be a rare skill, a skill possessed by a certain opportune set of people. While great leaders may be rare, everyone has leadership potential. Yes, most people in some way – whether conscious or not – are exercising leadership in a particular context. For example, you may find someone might be quiet and passive in their job, but quite bossy at home, or lead in conversation but not in formal meetings. Leadership opportunities are everywhere.
2. Leaders are born, not made. 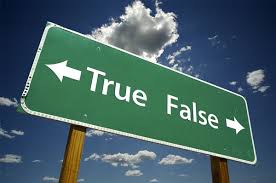 On the commencement of the online discussions in the Studership 2.0 Leadership Programme, we deliberated on whether leaders were born or made. The major capacities and competencies of leadership can be learned, and we are all able to learn, at least if the basic desire to learn is there. Effective leadership is, however, is more than simply having the desire and enacting the ‘right’ behaviours, it needs to include a deep awareness of the impact of one’s behaviour on others. In turn, leadership development now needs to involve the development of the whole person, stressing self-awareness and balance in life (making the leader).
3. Leaders are Charismatic
Some are, most aren’t. Charisma is the result of effective leadership, not the other way around, and most who are good at leadership are granted a certain amount of respect and even awe by their followers, increasing the bond of attraction between them. Interest in charismatic and transformational leaders has been fuelled by the nature and strength of their emotional impact on others. In the past, leadership was conceived of in terms of transactional terms. Transactional leadership is characterised by mutually beneficial exchanges between two parties to optimize mutual benefit. While this model produces somewhat predictable outcomes, these are generally short-lived. The last two decades have seen an increasing interest in a new type of leadership:transformational leadership. Transformational leadership operates through tapping into followers’ deeper values and sense of higher purpose, and has been found to lead to higher levels of follower commitment and effort, as well as more enduring change. Transformational leaders provide compelling visions of a better future and inspire trust through seemingly unshakeable self-confidence and conviction.
4. Leadership exists only at the top of the organisation (e.g the boss)
Leadership is a choice you make, not a place you sit. Anyone can choose to be a leader wherever he is. In fact, the larger the organisation, the more leadership roles it is likely to have as people lead smaller groups within the whole. As John Maxwell puts it, leadership is influence. When emerging leaders understand the dynamics of gaining influence with people, they come to realise that position has little to do with genuine leadership. Do individuals have to be at the top of the orgaisational chart to develop relationship with others and get them to like working with them? Do they need to possess top leadership titles to achieve results and make people productive? Of course not. Influencing others is a matter of deposition, not position. You can make a difference no matter where you are. Lead, don’t manage.
5. The leader controls, directs, prods, manipulates. 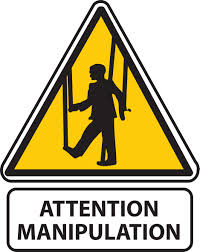 Leadership, power and authority are linked – who gives the leader a mandate to lead is important. Leadership is not dictatorship. We should not view leaders as puppet-masters pulling the strings to make people move, but see the people as the ones that can decide to support, influence, change, defy or subvert the leaders. Power is held by the leader and the people they lead, and in the ideal situation, a good leader empowers the people to make changes to their community.
6. The greater your age, the better you are as a leader.
Leadership, is not valued based on age, but on commitment to growth. There is a major difference between growing and ageing; growth may be exponential, while ageing may follow numerical procedure (counted year after year). Without digressing, age is not a criteria for effective leadership, but vision, commitment, positive influence and growth.
Once these myths are cleared away, the question becomes not one of how to become a leader, but rather how to improve your effectiveness at leadership.
Let’s read from you;
_________
Aanu Damola Morenikeji is considered Africa’s youngest youth intellectual and leadership development advocate. A sought-after speaker on the theme of leadership and personal growth, he is an alumnus and fellow of the M121 Social Leadership Academy, U.S.A and founder of Studership Youth Leadership Academy – an initiative of All for Development Foundation [ADM-Foundation]. He blogs at www.admnigeria.blogspot.com and can be reached via damolamore@gmail.com.